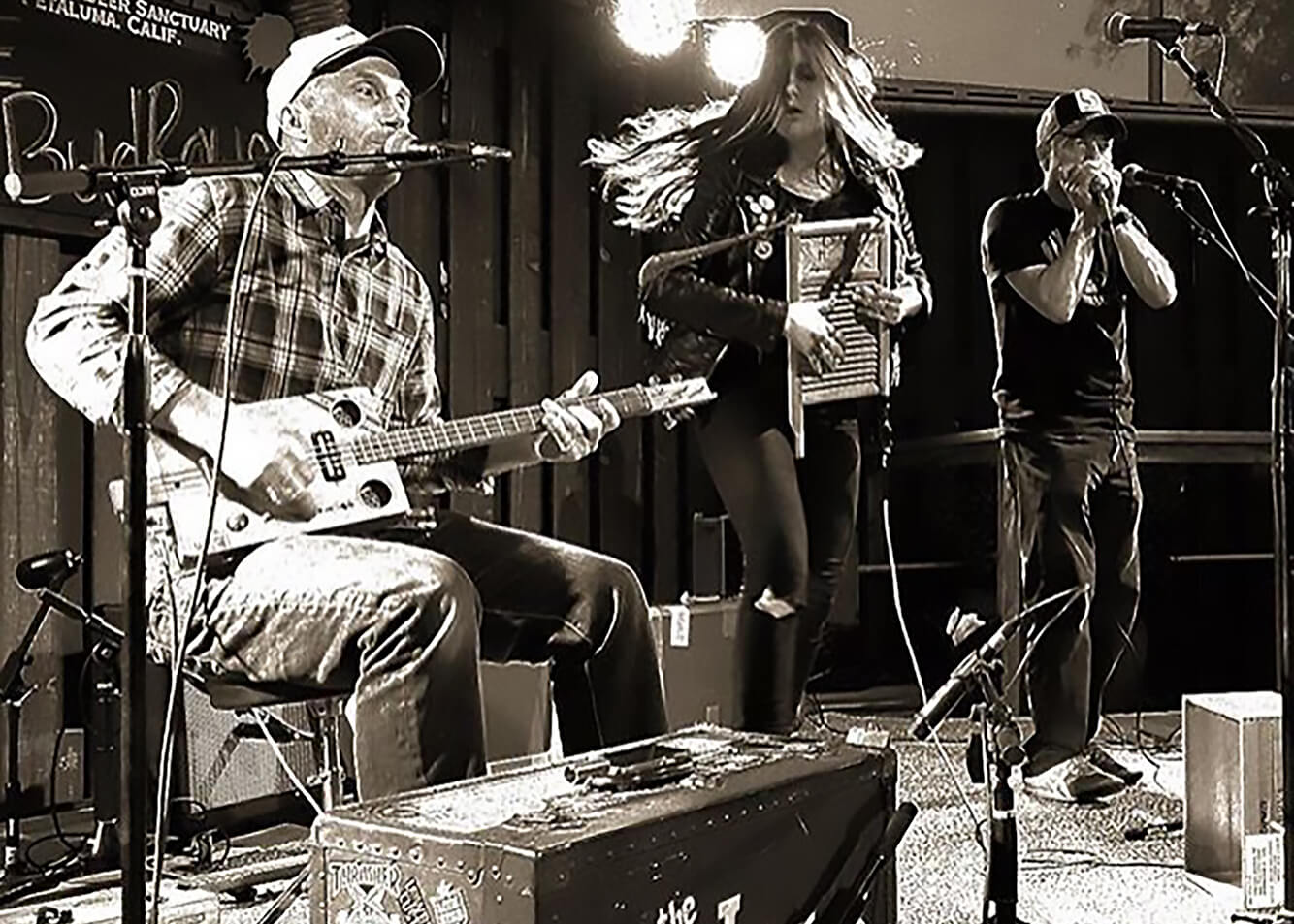 Recipe for a Footstompin’ Good Time!

Recipe for a Footstompin’ Good Time!

Video from our EP release “No Bad Whiskey”. Filmed and edited by Bucky.Gonzalez @buckeygonzalez

“Chains” from our full length release The Budrows. Filmed live at DZ Barber Shop in Hawthorne Ca. as part of the Bonafide Pomade Music Series.

“Blood, Guts, and Gasoline” from our full length release The Budrows. Filmed and recorded live at Denver Open Media Studios in Denver CO.

“Pass that Whiskey” from our full length release The Budrows.

All songs by The Budrows, Copyright 2019

Credits: Recorded & Mixed by Alan Deremo at The Sonic Garage, Laguna Beach, CA. Mastered by Nate Wood at Kerseboom Mastering, Brooklyn, NY. Special Thanks to: Alan Deremo for Bass tracks on No Bad Whiskey, Prove me Wrong and Never Comin’ Back, and to Hannah Glass for Viola and Violin tracks on Prove Me Wrong. …and to Dan for all the free drinks. released June 1, 2015 All songs by The Budrows, Copyright 2015
I need it!

11 brand NEW tracks of cigar box rock n’ roll – there is even a tuba on this album…that’s right, a TUBA.
released January 20, 2014 Credits: Engineered and Mixed by Jonathan Jones Mastered by Mitch Davis at Silverstain Records Tuba Track Recorded by Paul Olsen in Laguna Beach Tuba courtesy of Patrick StevensAll songs by The Budrows, Copyright 2014
Yes, Yes, Yes...I want it!

These are four of our favorite cover songs to play, so we thought we should record them for you to listen to as well.
Credits: Recorded in the garage and Mixed by: Jonathan Jones, www.jonathanjonesmusic.com Mastered by: Mitch Davis, www.silverstainrecords.com
Download for FREE!

Our first album of 100% footstompin’ cigar box rock n’ roll. All Original songs – We did this record in about 8 hours, almost all 1 takes with a couple of exceptions. We want the sound to reflect how we play and sound live, so no crazy studio trickery here, just straight forward, 100% footstompin’ cigar box rock n’ roll. Enjoy. – released July 25, 2011 Credits: Recorded and Mixed by Dave Williams at 2nd Floor Studios, Fountain Valley, CA. Mastered by Burning Token Records, Santa Rosa, CA.
I gotta have it!

The Budrows first started in 2008, when Jason Farthing began building Homemade Cigar Box Guitars. He would hang his guitars at art shows as ‘playable art’, but during these shows, people never understood that the guitars were “actually playable”, so he became a one man band with a cigar box guitar, a kick drum, to show off the bluesy sound of his home-made instruments.

Not long after, he and his musical step-daughter, Macarena Rivera, started to write songs together. This quickly progressed into the formation of The Budrows. As a stripped down two-piece band, they played many shows throughout Southern California and recorded a handful of songs for a demo CD.

The raw, slide-blues sound of the cigar box guitar, paired well with the driving kick drum and powerful female vocal, but The Budrows were in search of another element. The Harmonica.

The Budrows first harmonica player, Jesse Boden, was initially invited to sit in for a few shows to blow some growly licks, but it wasn’t long after that he was a full fledged member of The Budrows. The three went on to record two full length albums and 2 four-song Ep’s before Jesse’s retirement in 2015.

A serendipitous meeting led to finding The Budrows newest member and current Harmonica/Flute man, Ron Richard. Ron has been a professional musician for many years, playing with some top dogs in the industry. He came on board and settled in as fast as lightning, learning ALL of the The Budrows 3+ hours of material in a matter of weeks. The Budrows are back full strength with the welcome addition of Ron, writing new songs, touring, and constantly expanding their influence of “100% Footstompin’ Cigar Box Rock n’ Roll”.

Merry Footstompin Christmas from The Budrows!

A Letter to Santa -🎅🏻- I was asking for thre

Just in case you needed a graphic to help articula

I sure hope we get the vaccine soon cause THIS vir

Calendar shot, Mt. Shasta, Burney Falls, and the b

So, this happened today, thanks @netflix ! I know

Started a new art project today. Coming soon to a

No Foolin’ - Everybody needs a little music in t

While everybody was scrambling for #toiletpaper, I

Merry Footstompin’ Christmas from The Budrows...

This Saturday you can shop for cool gifts WHILE dr

Healdsburg rolls out the welcome mat for us, we lo

The gangs back in Sonoma County! 10.19 @elephantin


Error: Access Token for thebudrows is not valid or has expired. Feed will not update.